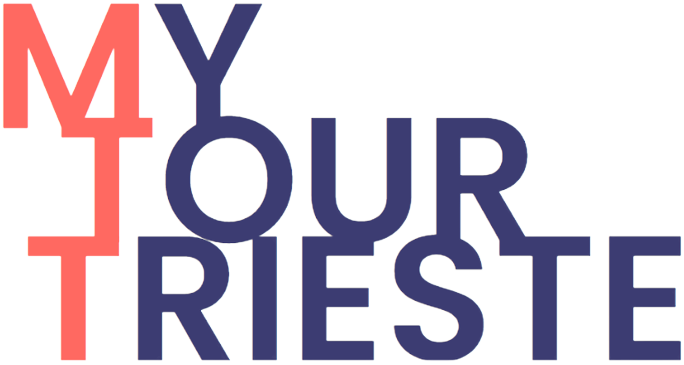 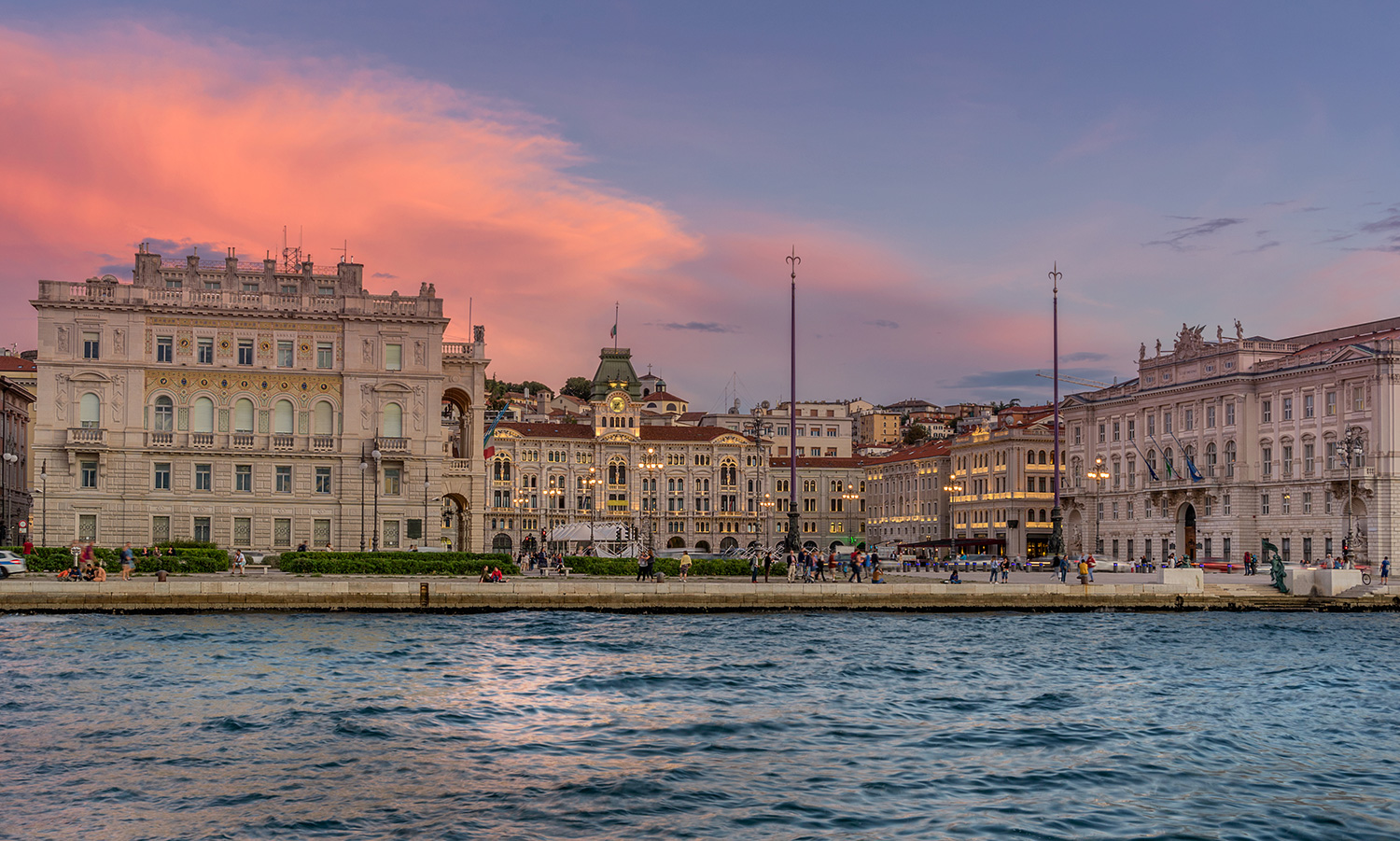 Known as one of the most cosmopolitan cities with a thousand faces in Italy, in Trieste you can admire the sun setting in the waters of the Adriatic Sea from the Molo Audace; through the literary museums you can discover the main artists who frequented the famous pastry shops and cafes at the end of the 1800s, stopping at the counter to enjoy a good Illy coffee, which has become one of the symbols of the city; observe and learn about the architecture of the buildings: from the Art Nouveau, to the neoclassical and more eclectic styles. Trieste is also a mix of gastronomic culture: with its Austro-Habsburg history and the border with Slovenia, the typical cuisine has acquired unique and curious Central European influences.

So, what is to visit in Trieste? Of course a lot! We have therefore created a guide on the things to see absolutely in the Julian capital. Enjoy the reading!

Large part of the historic center of the city is a pedestrian area, so the best way to explore it is by walk.

Let’s start from the beating heart of the city, Piazza Unità d’Italia, which seems welcome tourists with open arms. The majestic Town hall overlooking the Adriatic Sea. On its sides you will notice the Prefecture Building with its particular facade decorated with golden mosaics and the nineteenth-century Caffè degli Specchi, on the ground floor of the Stratti Palace. The square is dominated by the large fountain of the Four Continents which was built in 1754 to represent the four continents then known (Europe, Asia, Africa and America).

Finally, walking towards the old city you can admire the historic and renowned Hotel Duchi D’Aosta and the Region Building. (once the seat of Lloyd Triestino – erected in 1836 is one of the oldest shipping companies in the world)

The historic stone walkway, about 200 meters long is located on the “Rive di Trieste” a few steps from Unità d’Italia Square. The Audace Pier owes its name to the first ship of the Italian navy “Audace” docked in the Port of Trieste in 1918.

This is the right place to take a walk for both tourists and Trieste locals. Here you will find tranquility and serenity. One of the most magical moments to absolutely not miss is the sunset over the sea, with the beautiful palaces along the “Rive” that turns red.

At the Audace pier is held the Barcolana, a yearly historical and international regatta in Trieste.

One of the symbolic places of Trieste is the Grand Canal and admiring it from Ponte Rosso it’s an outstanding view: the majesty of the Sant’Antonio’s Church and the moored boats becomes a painting during sunset. The Grand Canal was built so that the boats could reach the city center directly for the unloading of goods.

But did you know that once three bridges were built across the canal? The green bridge is the first you come across coming from the shores of the gulf.
The red bridge  where the statue of James Joyce was placed in 2004 and the white bridge, now demolished and replaced by a small square in front of the Sant’Antonio’s Church.

What was once considered the city of Trieste is currently called Cavana area (the old city). It is the most colorful and characteristic neighborhood to visit. The intertwine of lanes starts from the old Jewish ghetto which can be reached through a short underpass from Borsa’s Square.  From here you can discover the handicraft area and the antique small shops of Trieste.

You can also visit the Roman Theater, in front of the Police Headquarters, which was built at the behest of the Emperor Trajan between the first and the second centuries AD. Don’t forget to go to Barbacan’s Square where the Riccardo’s Arch is situated, dating back to the first century BC. But the real beauty is getting lost in the alleys of the district so as to see every aspect until reaching Venezia’s Square located in front of the hall of charms (Salone degli Incanti) and Eataly.

Once upon a time the ancient fulcrum of the city was located on the Saint Justus’ hill. If you come from the old city you will find yourself in front of the last uphill road that will take you to  Cathedral’s square where you will have a magnificent view of the city from above. (not to mention the 360 ​​degree panorama of Trieste from the top of the bell tower!).  The fourteenth-century cathedral of Saint Justus has a particular facade characterized by the Gothic rose window in the center and at the highest point there is the T-shaped halberd of Trieste, considered one of the symbols of the city. Its interior is enriched by mosaics and depictions of the time in shades of gold.

Next to the Cathedral stands the “Winckelmann” Museum of Antiquity. The museum preserves historical artifacts of nineteenth-century origin belonging to various prehistoric civilizations, including the famous sarcophagus in pink granite. A slight climb will take you to discover the Sain Justus Castle, built due to the will of Emperor Frederick III of Habsburg in 1468.  In the inside you can also explore the Museum of the ancient armories and the Tergestino Lapidarium, containing 130 sacred monuments from the Roman era.

“Let’s go swimming!” This is what locals say and it refers to the beach of Barcola. It is not a typical expanse of sand or pebbles but rather concrete platforms some even protruding and rounded called topolini (little mice)

Barcola during the summer is full of locals of Trieste (and not only) to sunbathe and take a nice dip or simply cool off, since there is also a pine forest with games for children. Instead in winter the people of Trieste love to take long walks especially during sunset to enjoy some suggestive views of the city from here.

At the end of the coast of Barcola, overlooking the sea, you can see the majestic Miramare Castle. Even if you will be in the city for a few days it is absolutely one of the must see and a fairytale place that will not leave you indifferent. There will be an immense park full of plants, sculptures and fountains to welcome you at the entrance. But the real jewel is the Castle, as well as the ancient residence of Archduke Ferdinand of Habsburg and his wife Charlotte of Belgium in the late nineteenth century.

Inside you can stroll through more than 20 rooms and halls with original furnishings belonging to the Habsburg family. The Majestic and imposing Miramare Castle has become one of the symbols of the Julian capital and a place to learn about the history of the Habsburg Trieste of the past.

A further symbol of the city is the lighthouse of victory. Is 70 meters high and at the top there is a dome on which stands out against the statue of the Winged Victory. The Winged Victory represents the Goddess Nike as well as Goddess of Victory who “flaps her wings” with every gust of “bora” (the gust in Trieste) that happens in the city. This occur thanks to the mechanical ingenuity, built by Giacomo Sebroth, which allows its wings to flex slightly in the wind.

The lighthouse, in addition to illuminating the Trieste gulf, is also a memorial monument dedicated to those who died at sea during the First World War. It is one of the viewpoints that will give you a breathtaking view of the gulf, especially during the occasion of the famous international regatta, the Barcolana.

For lovers of exploration and not, the Giant Cave will be one of the places to discover absolutely when you are in Trieste! Easily accessible by car (about 15 minutes from Trieste) or by bus (line 42 will take you to the Giant Cave village).

It was called Giant Cave as its main natural hall is the largest in the world and was included in the Guinness Book of World Records in 1995.

The Sanctuary of Mount Grisa is one of the best places to enjoy a splendid view of the gulf and the city of Trieste. The sanctuary can be reached by crossing a stretch of Strada Napoleonica, surrounded by greenery and nature.

And for lovers of extreme sports, towards the end of the road there are vertical rock sides where it is possible to do free-climbing.

Muggia is a small colorful village by the sea on the Slovenian border. In Muggia you can experience a unique atmosphere strolling through its uphill lanes until you reach the fourteenth-century castle that once served as a wall around the city.In the oldest part of Muggia, about 2 kilometers from Marconi’s square there is the Archaeological Park of the old Muggia. Along the way to reach the park there are some explanatory signs with different itineraries that guide the visitors through the history of the medieval village.

The real beauty will be walking around the Muggia seafront perhaps making a stop at Mandracchio, the delightful internal small port to observe the work of the fishermen in their anchored boats. If you would like to chill there are also some beach resorts in the small port located in San Bartolomeo. 5 historical cafés to visit in Trieste 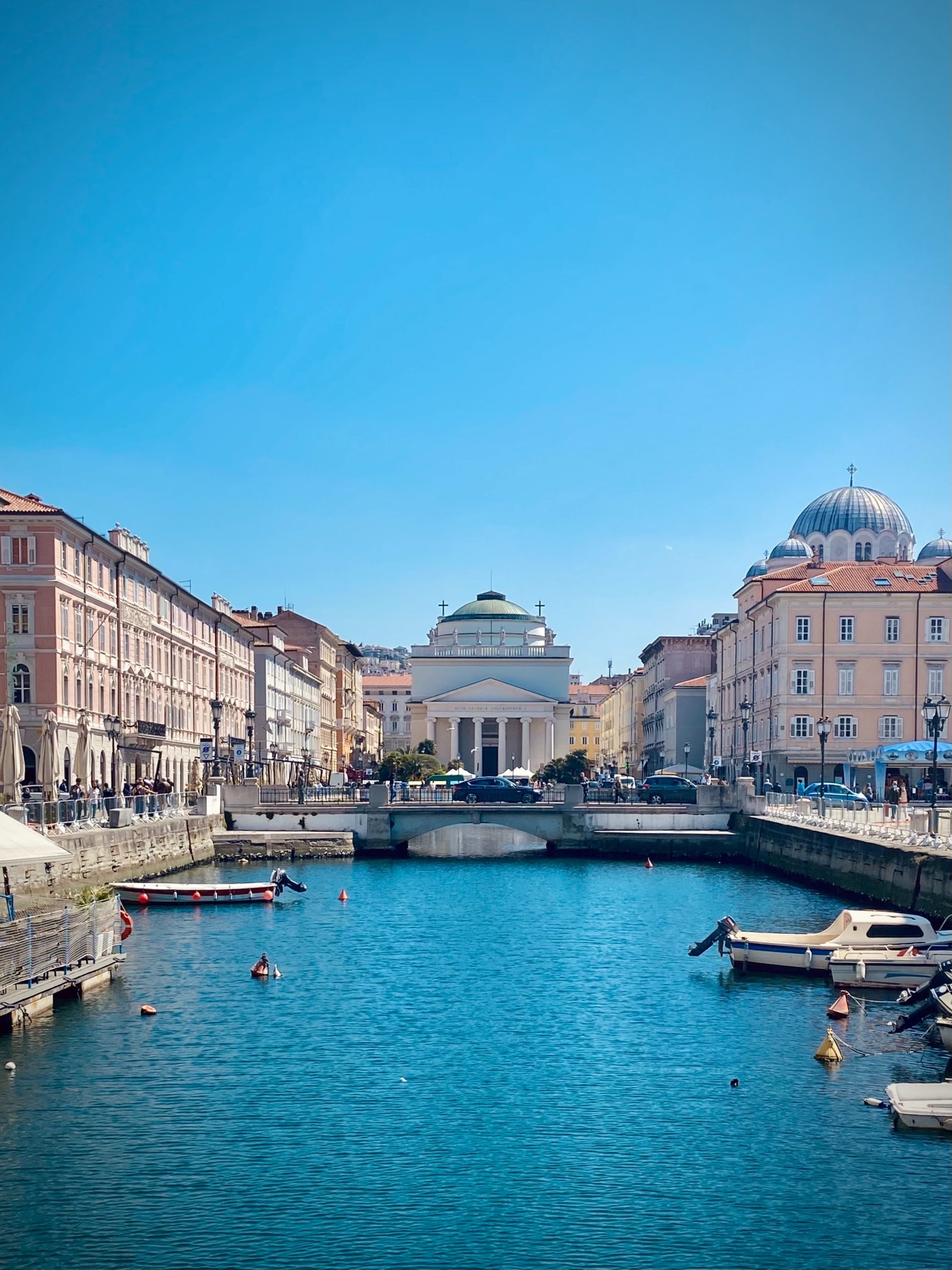